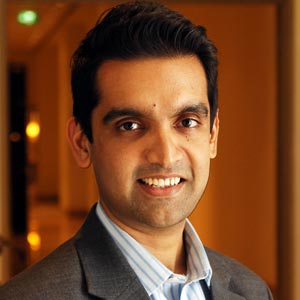 Karan Mohla is a Partner at Chiratae Ventures (formerly IDG Ventures India) and leads fundraising and partnerships for the firm in the Asia region. Karan was recognised by Business World Magazine as one of the 40 under 40 leaders for 2018, as well as one of the 40 under 40 Alternate Investment Professionals by the Indian Association of Alternative Investment Funds (IAAIF). Karan has been part of the technology and startup ecosystem since 2003 with experience spanning investment advisory, finance, portfolio management, fundraising and M&A. he has worked on investments in companies including Bounce, FirstCry, HealthifyMe, Xpressbees, CropIn, Peel-Works, Oye Rickshaw, Wmall, LittleBlackBook, Tripoto and Yatra.com (NASDAQ: YTRA).

Prior to IDG Ventures, Karan worked with QVT Finance LP, a US based hedge fund and was a founding member of their Asia-Pacific practice. He earlier worked in the TMT investment banking group at Jefferies & Company (formerly Broadview International) in Silicon Valley, where he advised several technology companies in Internet, Mobile and Enterprise Software on capital raising, M&A as well as strategic partnerships. Later, Karan helped start the India office for Jefferies where he advised and executed financing strategies for companies in the Technology, Media, Telecom, CleanTech and Education sectors. He has successfully completed over 20 transactions covering M&A and helped raised over $1 Billion in capital for corporates across India and the US.

Karan holds a Bachelor’s degree in Business Administration (BBA) from the Ross School of Business, University of Michigan, Ann Arbor and MBA from INSEAD.